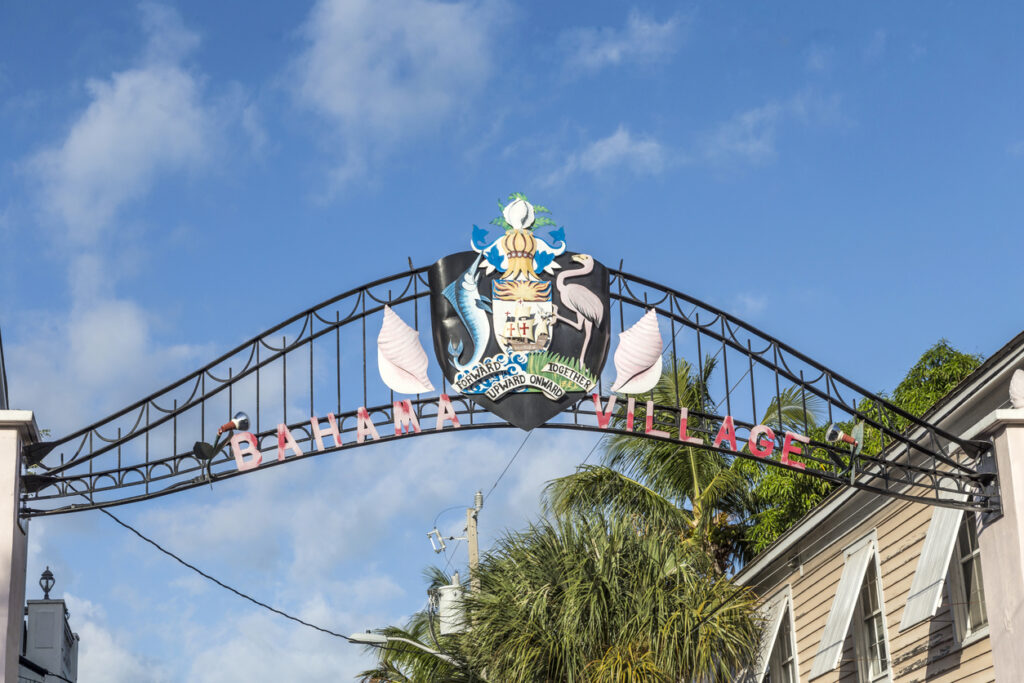 Due to their proximity to the Keys (about 275 miles from Key West; 55 miles from the closest islands to mainland Florida), the islands of the Bahamas have always been a source of influence and immigration for Key West. The islands’ original inhabitants were the Lucayan, Arawakan-speaking Taino peoples; after Columbus made his first New World landfall in the Bahamas in 1492, the Lucayans were essentially wiped out by the Spaniard’s imported diseases and slaving practices and the islands were left nearly deserted until English colonists from Bermuda settled on the island of Eleuthera in 1648.The islands became a British Crown colony in 1718 when the British Navy’s anti-piracy forces used them as a base. 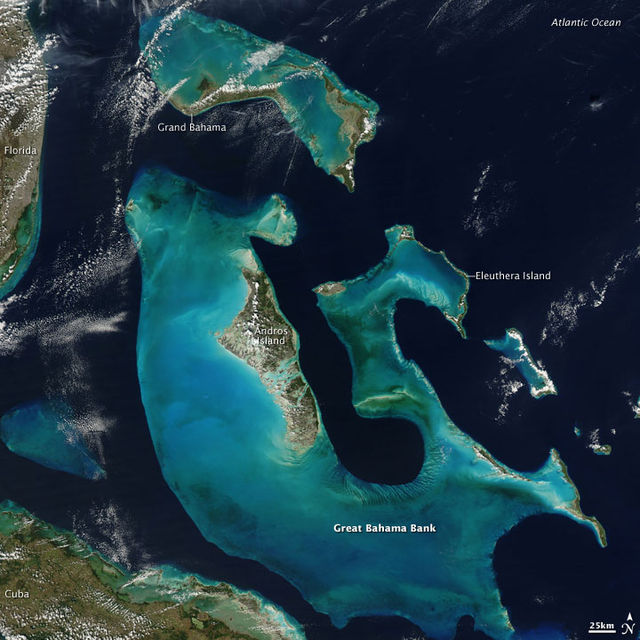 Later, during and after the American War of Independence, thousands of Americans who were British loyalists took their African slaves and left the American colonies for the Bahamas, where they established a plantation economy. The British put an end to the international slave trade in 1807, and the Royal Navy liberated many Africans from illegal slave ships and resettled them in the Bahamas after slavery was abolished there in 1837. Hundreds more Africans escaped from slavery in America and made their way to the islands from Florida, along with many Black Seminoles. The descendants of these slaves and free Africans make up the majority of the population of the Bahamas.

Sailors from the Bahamas were visiting the Keys in the early 18th century for the purposes of fishing, sponging, salvaging goods from shipwrecks, and logging tropical hardwoods. By the 1830’s, people of British descent where immigrating to Key West to engage in fishing, sponging, salt production, and wrecking, the major industries of the island at that time. Black Bahamians began arriving as well, and by the late 19th century, they were immigrating to Florida in large numbers looking for better economic opportunities than were available in the Bahamas. In Key West, they easily found work fishing, sponging, and hunting sea turtles.

Many of the Bahamian immigrants settled in a neighborhood on the southwest edge of Key West town, between Whitehead Street and the area of naval and military bases now named Truman annex. The neighborhood became known as Bahama Village, and as more Bahamians of African descent arrived, the neighborhood took on a distinctly Afro-Caribbean flair which was reflected in architectural styles, imported tropical plants, traditional foods, and general cultural customs.

In modern Key West, the 16 blocks bordered by Fort, Louisa, Whitehead, and Southard streets still resonate with Caribbean cultural influences, and Bahama Village today is the setting for great dining, interesting shopping, and fun walking tours. Although the area has been historically somewhat marginalized, community development efforts and the arrival of popular restaurants like Blue Heaven, La Creperie, Santiago’s Bodega, and Zula’s Colombian Grace, along with the Bahama Village Market, have resulted in a nicely spruced up and friendly neighborhood that is a draw for many visitors looking for a taste of old-time Key West.

The Village is also home to one of the best parties in town – The Bahama Village Goombay Festival, a rollicking island-style street party that features island arts and crafts, Caribbean Junkanoos music along with reggae and other Afro-tropical styles, great food, costumes, street processions, and all-around family fun. This cultural celebration, called Goombay Weekend by locals, is centered around the Petronia Street area just off Duval Street, with the main entertainment stage located at the corner of Emma and Petronia streets.

The Goombay Festival takes its name from the Gumbe, a wooden drum with a goatskin head that produces the foundational sound of the traditional Caribbean Junkanoos orchestra and the rake & scrape music native to the Bahamas. Accented with bright brass horns, clanging cowbells, scraping wood saws, and tweeting whistles, the pounding drums will call you to get your party on and join the dancing at this classic tropical fiesta. And, besides being a great time in itself, Goombay Weekend is now the kickoff for the world-famous Key West Fantasy Fest, ten days of legendary costumed craziness that draws thousands of people to town.

Bahama Village is a treasured piece of Key West’s cultural heritage that should have a place on your Key West sightseeing itinerary. You can sample the unique cuisine, full of tropical influences such as coconut, pineapple, plantains, pork, and seafood, and spiced with jerk and curry seasonings. Take a walk through the streets and enjoy the rustic, pastel-painted houses and small yards overflowing with lush tropical vegetation and quirky, artistic décor. Catch the smiles and friendly greetings of the residents of this small slice of the old Caribbean and you will agree that this neighborhood is Key West island life at its best.