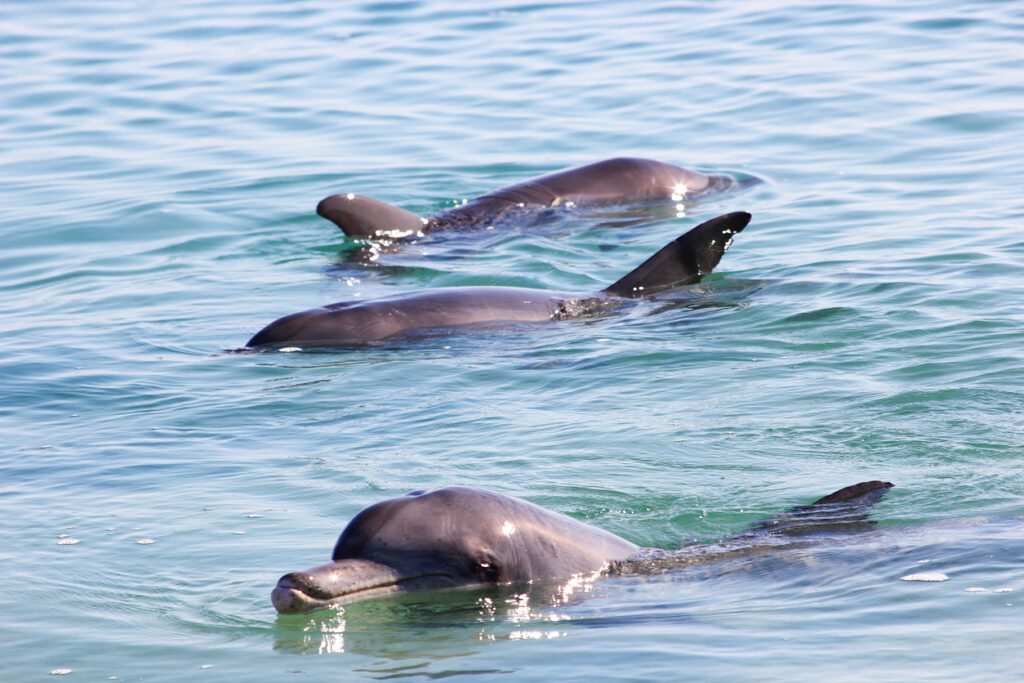 Who doesn’t love dolphins? But being able to encounter and observe dolphins in the wild is extra special, and has become one of the most popular of all the various tours we offer.

Several schools of wild dolphins live and play in the clear blue waters surrounding Key West. These magical creatures cherish the natural habitat found in these open waters where they can do what they enjoy most – play. Because of this, hundreds of these wild dolphins have become common in the Key West area and there are several locations with large sandy bottoms, approximately 10 – 15 feet deep that we refer to as “dolphin playgrounds”. The dolphins found there are extremely happy, especially when compared to the dolphins that are captured and placed in a contained, restricted area solely for the sake of entertainment & profit.

The species of dolphin you will see in the coastal waters around Key West is the common bottlenose dolphin with which most of us are familiar. The popular TV series featuring “Flipper” is a perfect example, as are most of the dolphins found in marine parks and public aquariums. Bottlenose dolphins have become the most popular among marine mammals because they are highly intelligent and extremely sociable. They are generally found moving about in groups of at least two or more and are frequently spotted in larger groups (“pods”) numbering from 10 to 30 dolphins.

Although the Key West dolphins are curious and friendly, we must keep in mind they are wild mammals and they’re protected by strict federal regulations. All our tour operators are encouraged to participate in the “Dolphin Smart” program, which ensures responsible human interaction with these wonderful creatures.

We make sure we don’t disrupt them while they’re feeding, mating, nursing their babies, etc. It is also forbidden to attempt to swim with, pursue, touch, or elicit a reaction from the animals, even if they may sometimes swim close by. If dolphins come towards you and choose to interact, that is allowed as long as you abide by the rules.