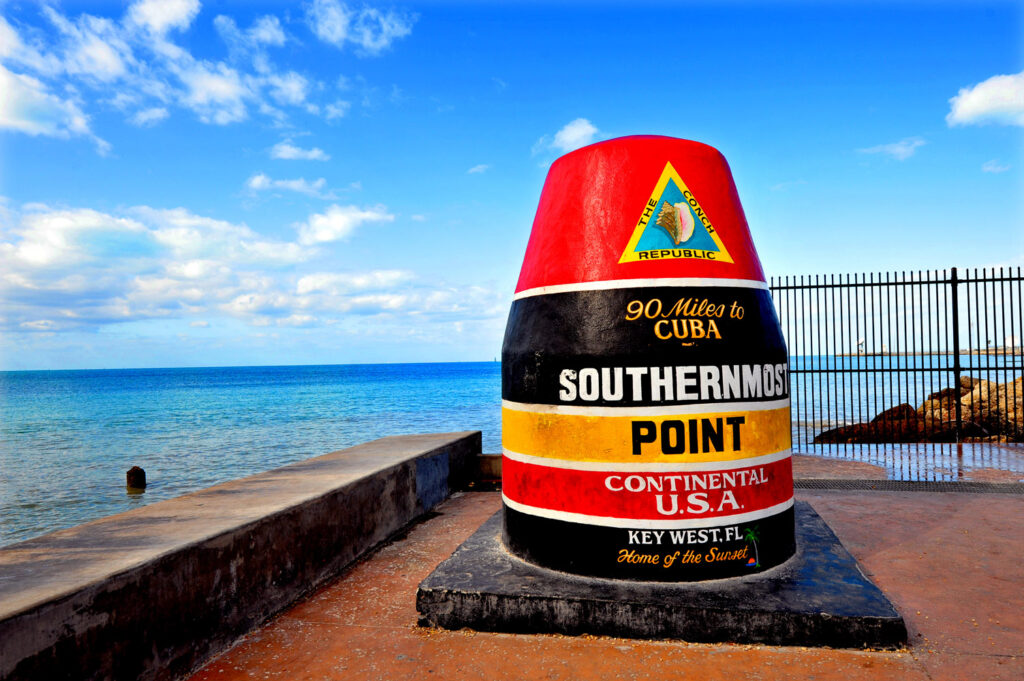 The Southernmost Point marker on the southwest shore of Key West is one of the most popular tourist attractions on the island. It’s just a simple, bouy-shaped painted concrete marker at the corner of Whitehead and South Streets, but most visitors consider it a must-see, and it is certainly one of the most photographed sights in Key West.

The corner was originally marked by a wooden sign dating to the early 1970s until the City of Key West erected the current 12-foot high, seven-foot wide monument in 1983. The buoy has weathered several hurricanes, and its paint was damaged by powerful Hurricane Irma in September, 2017. Since then, the marker has been refreshed and stands ready to serve as a backdrop for your classic Key West snapshots.

The actual southernmost point on the island lies just a few hundred yards southwest on Whitehead Spit, but this spot is on U.S. Navy property in the Truman Annex and cannot be accessed by civilian visitors. Minor geographic inaccuracies aside, the massive, brightly-colored Southernmost Point buoy is great fun to visit and attracts people from around the world who stop by 24/7 to snap photos and take in the ocean views.

It’s easy to plan a fun south Duval Street walking tour that includes the Southernmost Point. Close by you will find the beautiful Southernmost House, the Duval Street Pier, lovely South Beach, the Key West Butterfly and Nature Conservatory, and several other points of interest.